Put On Your Math Goggles! 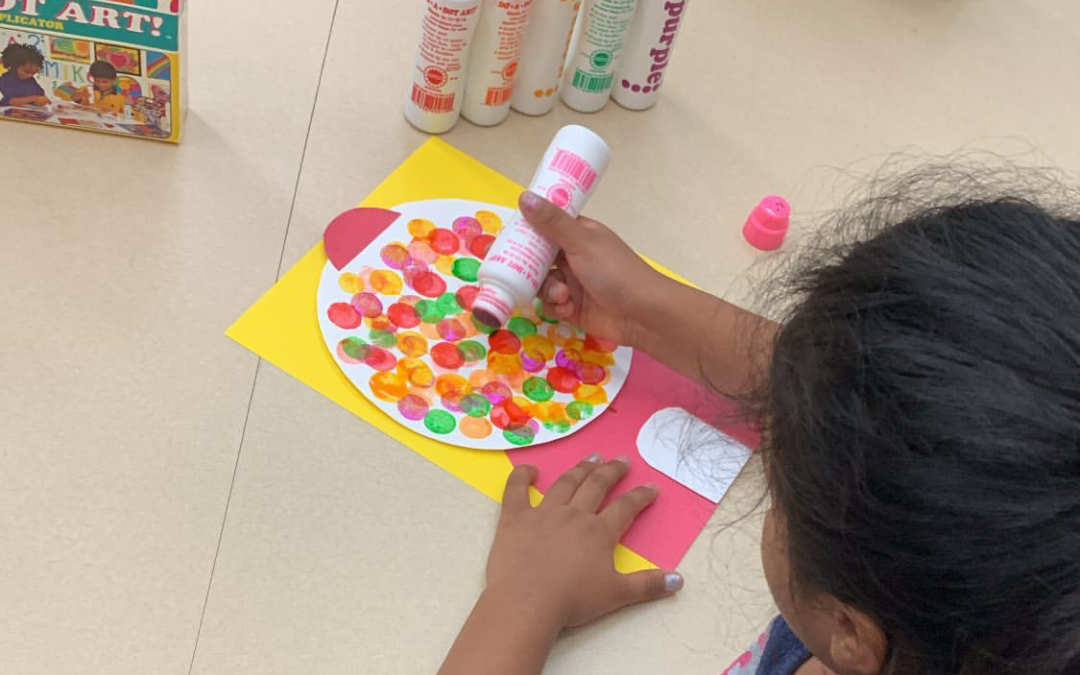 Put On Your Math Goggles with Dr. Robin Ward! 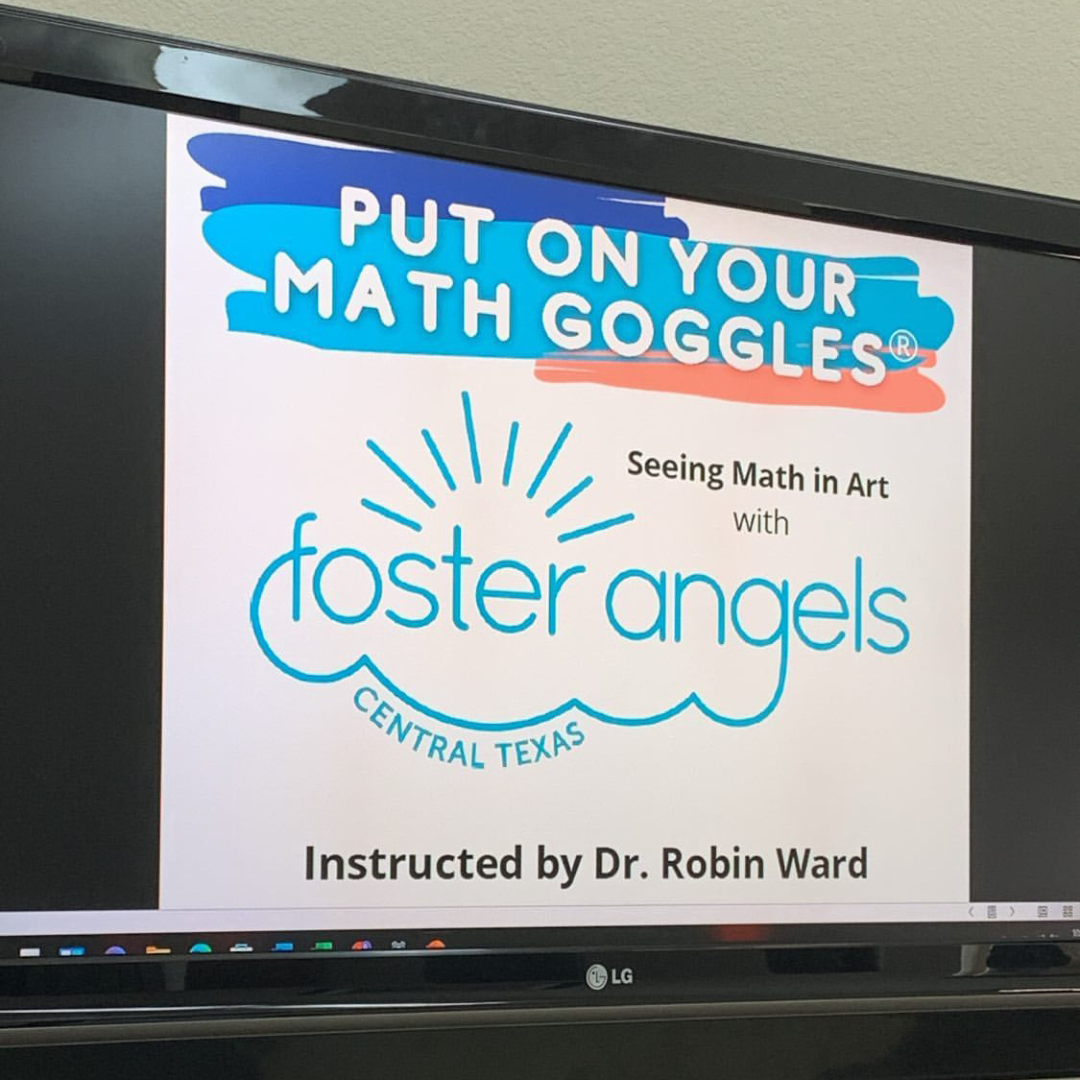 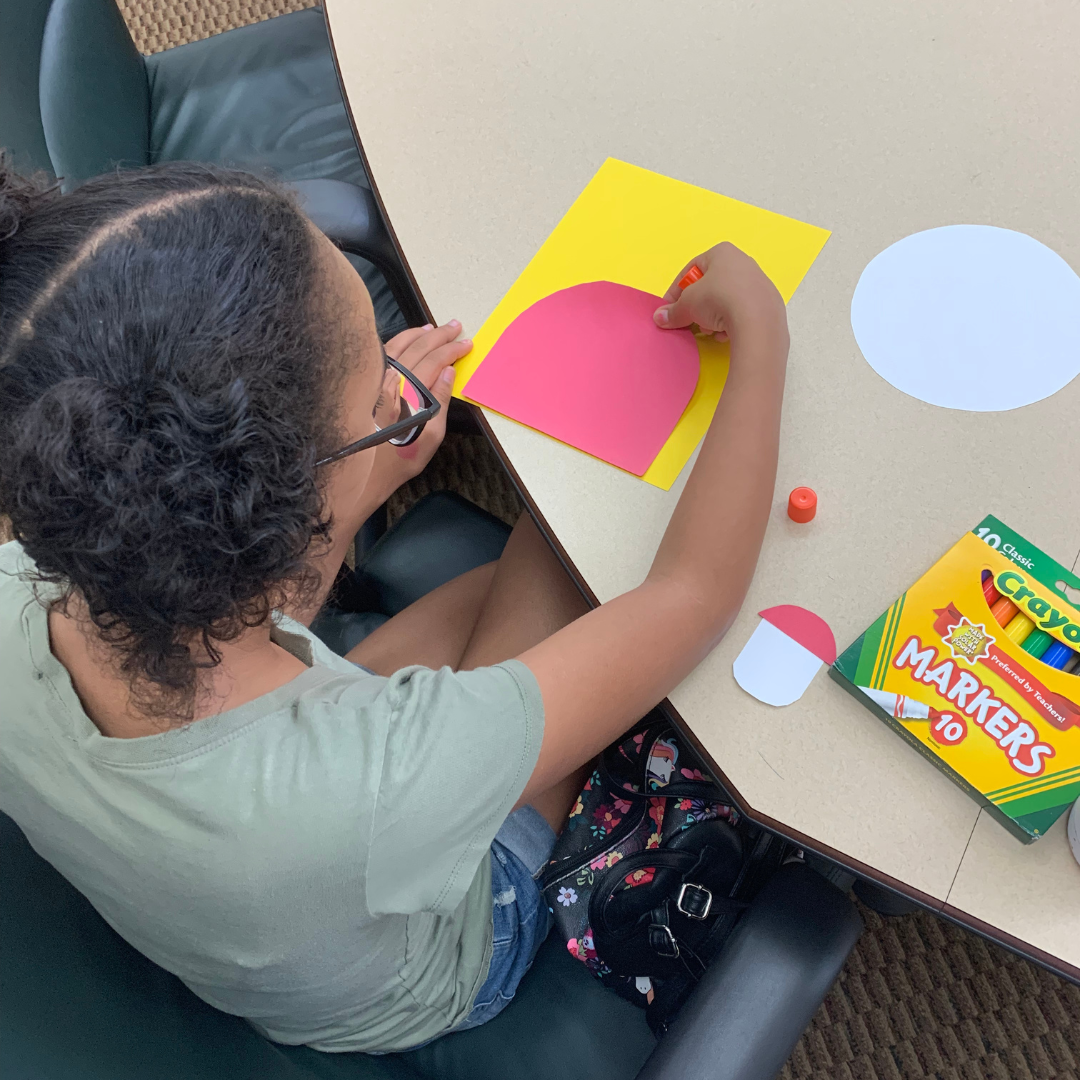 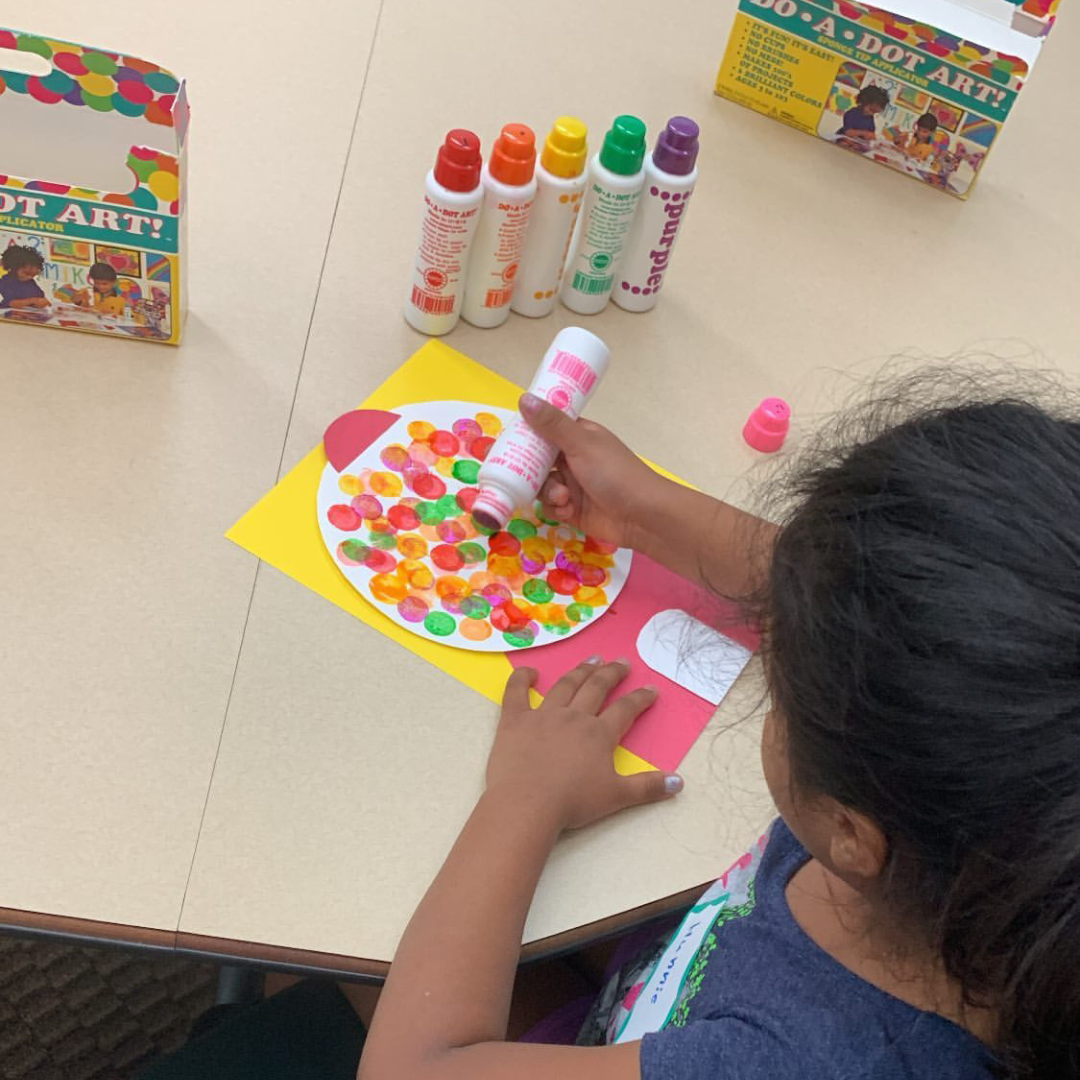 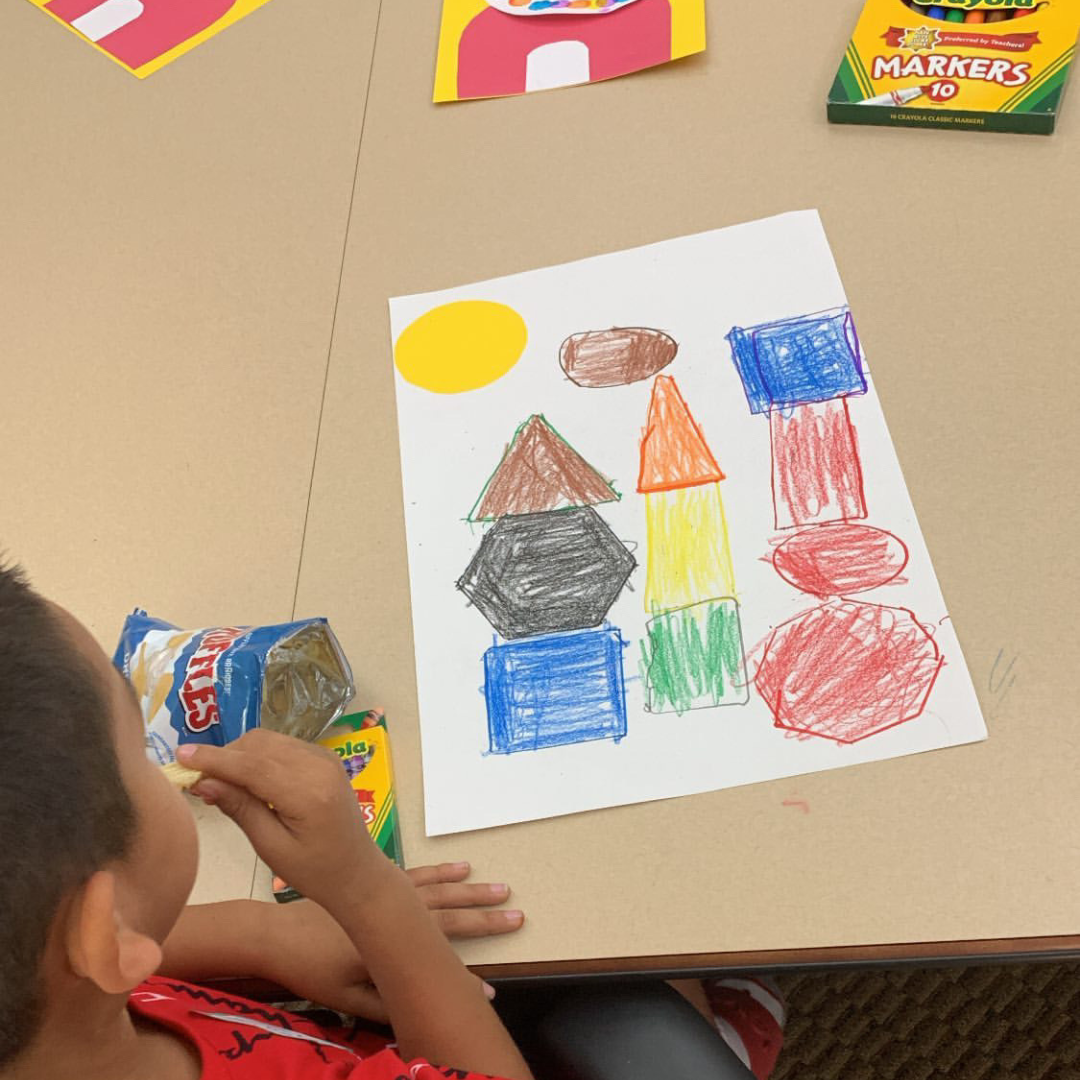 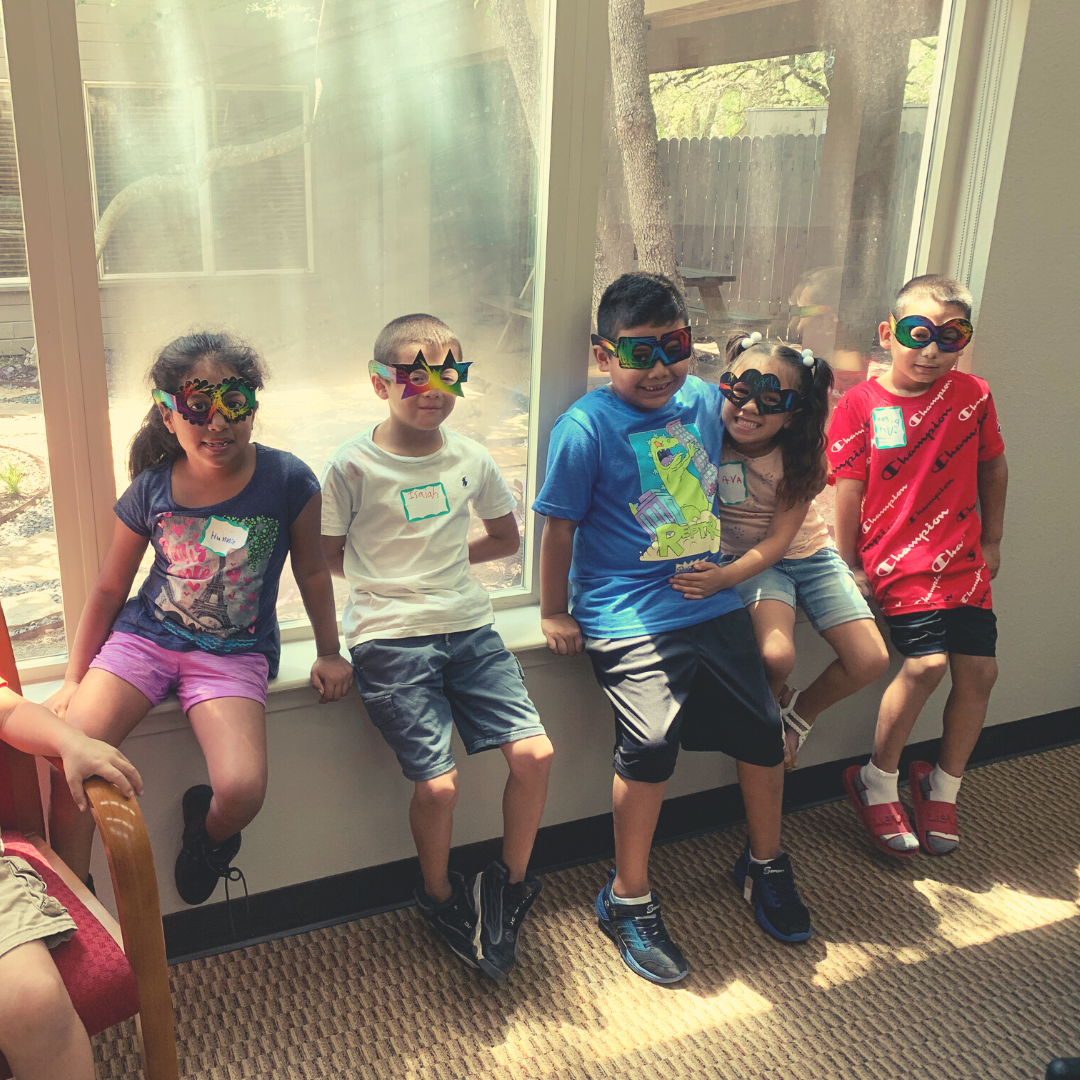 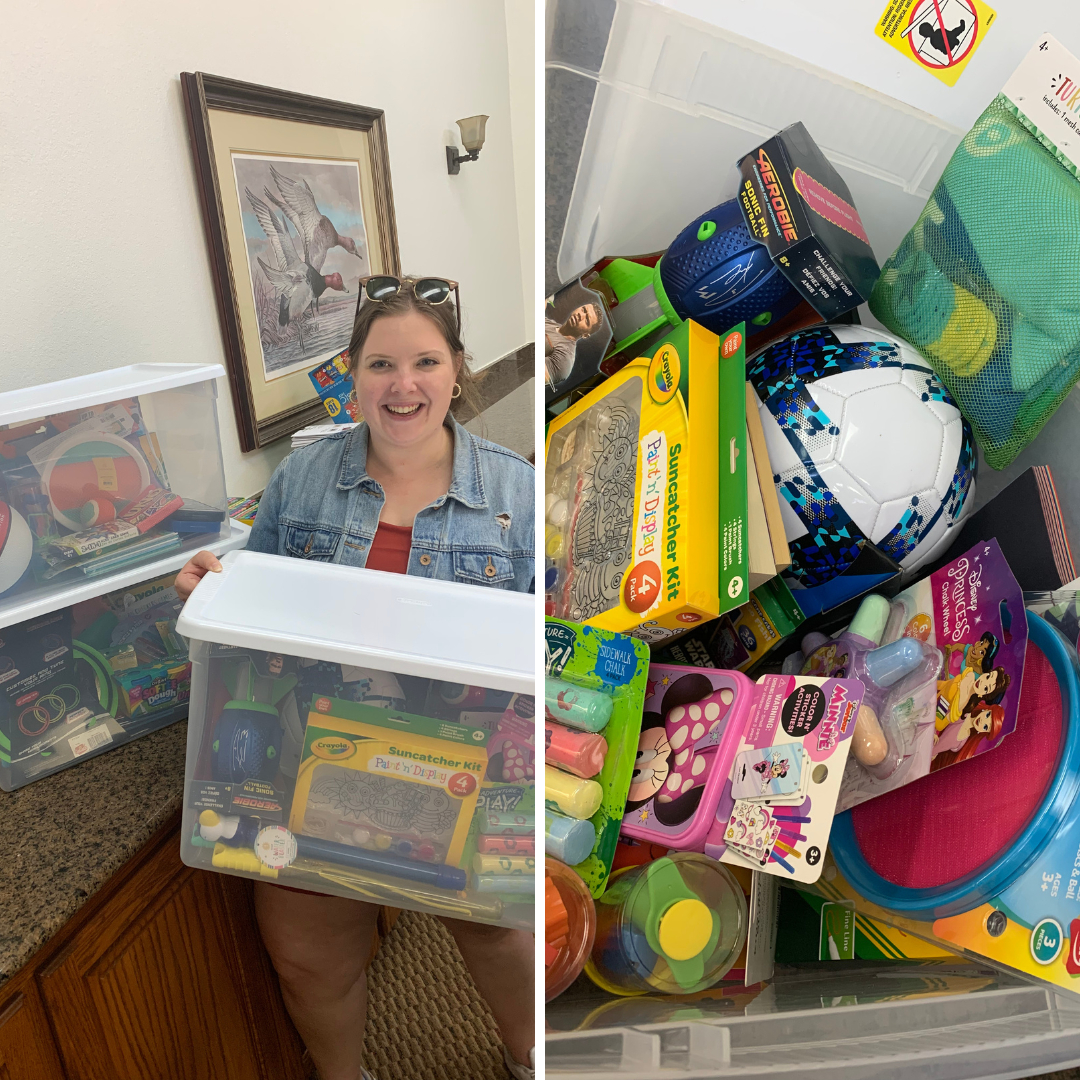 Last Thursday, Foster Angels and board member Dr. Robin Ward hosted a camp that would integrate math and visual art education. Dr. Robin Ward, the brains behind “Put on your math googles” takes us through the process of embracing another way to envision math. For over two decades, Dr. Ward has been teaching her uniquely integrated math-visual arts program at Texas pre-schools, as well as providing extensive teacher professional development focused on integrating mathematics and the visual arts.

Simultaneously, this was also my first week as the new Program & Events Coordinator for Foster Angels. I was excited to add this camp to the ongoing list of new experiences and connections that Foster Angels has provided me with.

Inevitably, most summer camps have the same art and crafts routine, or some sort of added science aspect to add a mix to the schedule. However, both subjects are almost always separated. Flashback to my Williams Magnet Elementary days, I struggled with math. The mere sight of a math book would make my stomach ache. I can remember all the different tactics that my teachers went through to interest us in math – use shaving cream on our desks to practice writing our multiplication tables. Using dominos and marbles to help with learning probability. It was only so long before this “fun game” became just another math lesson. However, It was the exact opposite for my art classes. With art, I felt free and energetic. Art was not controlled by formulas and there are no incorrect answers; it is your perspective.

“Put on your math goggles”, is a fun twist on seeing the world through an analytical perspective. Dr. Ward described the situation as being similar to using goggles for underwater vision. For the first event on her itinerary, Dr. Ward unveiled three artists we would become acquainted.  This was the start of our quest to find the vision that would allow us to see the integration of math and art.

Wayne Thiebaud was our first artist. Thiebaud used three-dimensional objects in his art, sequence, and geometry. The first painting analyzed was Cakes. It is a series of pastries presented on cake stands. Decorated with the typical cake designs you would imagine seeing in the bakery. A scene I have seen a million times before. Where could the math be in this painting of sweets?

Dr. Ward asked the children if they could find any math in this painting. They began to announce the shapes that they saw among the iced pastries. Swirls! Hearts! Circles!

There were patterns of heart frosting and swirls on the cake tops. Next, we analyzed his work Pies, Pies, Pies. There were a few rows of pies on plates as if they were waiting to be selected in a cafeteria line. The plates the pies were being served on were pointed out as large circles and the lemon meringue pie was identified as a triangle. I never thought of a pie being a triangle, it was just pie.  With this in mind, I took a step back to process this inventive approach to math. In particular, I wanted to understand why this type of learning method of math & art integration was not offered to me in my youth. In my head, I went right back to my battle with Long Division and Pre-Calculus.

Of course, this would not have solved all my math problems but it certainly could have been the catalyst that made it all connect for me. And how special that the group of kids we had with Dr. Ward are making these connections now!

Thiebaud’s Three Machines was the painting that coincided with the theme of probability and was the inspiration for the first project of the day. In this painting, we discussed the probability of what gumball color would come out of the machine, based on the colors used in the paintings.  Next, the kids were given cutout shapes of red, blue, and yellow to form a gumball machine. These geometric cutout shapes were now transformed into actual images. Next, they were given a type of paint pen, that when pressed down, left a perfect circle of paint on the paper. The kids used this as the gumballs. The discussion was reversed once the kids completed their own gumball art. Now the probability odds were based on their selection and colors. They could ask themselves what is the probability of my gum balls coming out yellow?

From the cylindrical cakes to the triangle cones of ice cream. I was indulging in math! I have always found abstract art intriguing. One artwork can be a completely different piece for each individual solely based on their perspective. We only looked at pastries, but we learned about the sequence, probability, and objects in three dimensions. I was able to use my creative skills to understand a math subject.

We then turned our attention to Paul Klee, an expressionist artist, and later to the famous Vincent Van Gough. Each project brought more eye-opening questions and tasks that the kids loved every second of when they got to create their own math in art!

Before the kids left, they were gifted with markers, crayons and coloring sheets. As an added surprise; Dr. Ward gave the children paper goggles, similar to the kind you would use in a 3D movie. What made these goggles unique is that they were wearing a special black coating, and when the coating was scratched off, it revealed a beautiful rainbow. Perhaps a metaphor for the math and art integration. When we analyze a situation through a math perspective, we are searching beneath the surface, to produce a new conclusion rather than the obvious. A new version of the idea emerges. A new idea that would have not been in view if you were not granted your new sight. The ability to see another perspective is tangible for everyone and a welcome change that left me curious for more.

A special thank you also to the Junior League of Austin‘s Kids Giving Back initiative for putting together Screen-Free summer kits that every kid who came to put on their math googles also received!