Our Keys to Success Program is “On a Roll!” 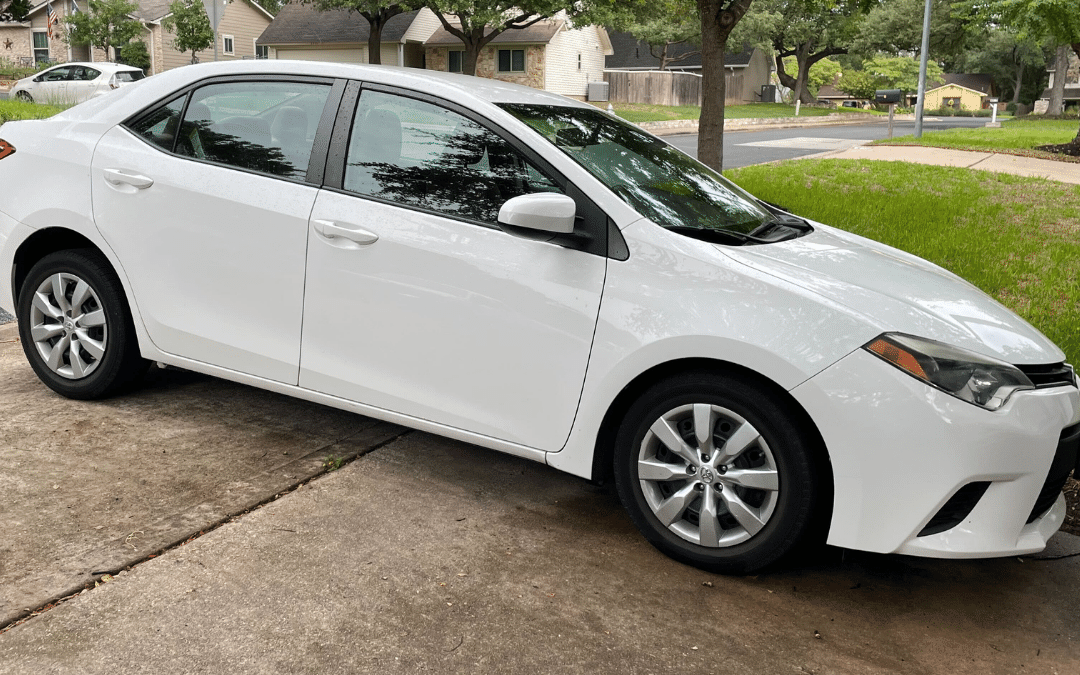 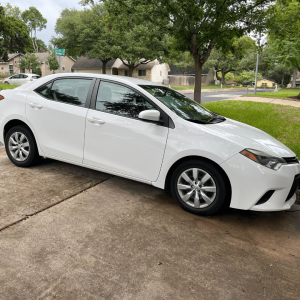 Over the summer, a couple from Dallas donated a nearly-new Toyota Corolla to our Keys to Success program.

When Sarah invited me to tag along to gift that car to a deserving young person; I was very excited to see how the process unfolded in reality. Cars are synonymous with new beginnings and transitions into adulthood.

Through Guide to Thrive and the Keys to Success programs, I am learning a great deal about the young people in foster care who many see as adults. Following a difficult time in her life, Jodie is saying hello from the driver’s side. After aging out of foster care, she experienced being homeless twice. At one point, she managed to secure a spot in a shelter but was kicked out, due to overflow and pregnant women having priority. Next, she started living with her brother who was also homeless, and they stayed with his girlfriend for a while. However, the toxic arguments were bad enough for her to sleep in her car more frequently than on the sofa. Even though she was living in her car, for the most part, she began to share it with another brother so that he could get to work, and ultimately he took the car for “needing it more.” 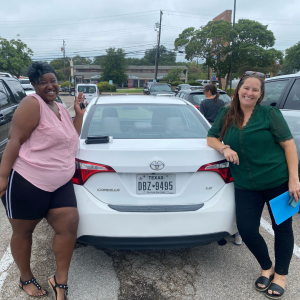 As if that isn’t enough for a young person to go through, a little while later Jodie went to the Emergency Room for a rolled ankle,

but left with a lump in her arm being diagnosed as cancer. During the pandemic, Jodie was undergoing chemo, during the worst of times. Fortunately, since then she has been in remission. The Guide to Thrive program of Foster Angels came into play, Sar

ah asked her if she could help her find a neurologist and get her other medications replenished. Against all odds, Jodie has been working and maintaining her own space for over a year now, allowing her the time to redefine her life and do what’s best for her.

As soon as this car was donated to Foster Angels Sarah knew Jodie would be the recipient. Jodie was immediately thrilled, saying that Toyota was one of her top choices when researching cars because of Toyota’s reliability.

Sarah, the zeal behind the Keys to Success program, was with Jodie in every type of way.  She stood in line with her to facilitate the transferring on title process, and it wasn’t even an issue, she was just as excited about her getting the car as her.

The Keys to Success Program is not only providing a car but placing Foster youth on a new journey. It’s not having to rely on an individual or a bus to determine your time. A youth that was once constantly controlled by the system now has the ability to drive their life. 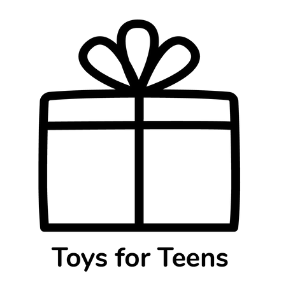 Toys for Teens Drive 2022 The Toys for Teens drive will take place December 4-9, 2022 where 100+ teens in foster care will submit their holiday wish lists to be […]